Notice of Vacancy in Office of Councillor 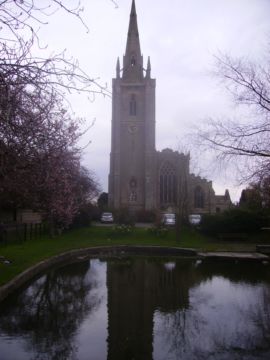 One theory is that it is based on the Saxon word meaning fishery ~ was this an arm of the sea at the time, or a freshwater fishery?  The other theory is that it means, in old English, 'the place of the followers of a man called Bill'!  There was also thought to be a Billinge tribe in Anglo Saxon and Viking times and the word features in Scandinavian history.

The natural artesian springs have been used to great effect to provide a water feature of peace and tranquillity in the very heart of the village. This spot is known as Spring Wells and probably attracted the first settlers here because the water was reputed to be chalybeate, or rich with iron salts, and to have healing qualities and other benefits for good health. Only twice in recent years have the springs been known to fail. On 1st January 1967, after several dry seasons, they dried up and remained dry for six weeks before re-appearing. And, in 2011 when the water did not reappear for six months.  Summer and winter alike, the temperature of the springs is a degree or two above freezing.

The Spring Wells have been enhanced as a community facility in recent years although the water is likely to be quite insalubrious and it is therefore appropriate that the village's medical practice is located in new buildings in the immediate vicinity while this has become a place to sit and dream and watch the world go by and for swans and waterfowl to congregate for the duck house placed here by villagers sends a message to our feathered friends that they are always welcome visitors. 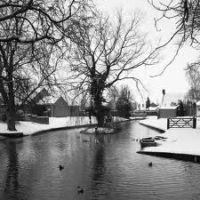 St Andrew's Church has a slender spire soaring 150 feet while the tower rises at the west end of the north aisle and has a fine vaulted roof and pinnacles linked to the spire by delicate flying buttresses. The tower and the church are mainly 14th century but there are traces of earlier work in the south aisle. The chancel was rebuilt in 1891 and the most impressive part of the building is the nave with four great arches on each side and the light streaming through the twelve windows of the 15th century clerestory. 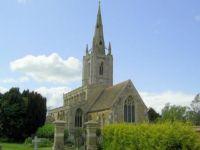 Among the oldest buildings in the village is The Old Hall, a Tudor mansion with 18th and 19th century additions. It had been the home of the Tollers, a distinguished Lincolnshire family that flourished in the 16th and 17th centuries. Stones from the suppressed Sempringham priory two miles away were used in its construction and many have been found during subsequent repair work bearing dates and mouldings. There were moves in 1914 to schedule the property for preservation but the war broke out and nothing was done and in recent years it has been extensively converted for use as a retirement home for elderly residents. Buckminster House is also 17th century and was built by Joseph de Burton in 1669, taking its name from the family who were lords of the manor until the 14th century. The de Burton family made it their home until 1913 when it was converted for use as a county council children's home. 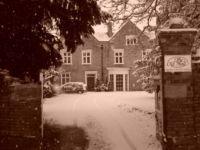 There is more information available on Wikipedia.